The scumbag and his innocent victims:

- A teenager who shot and killed two Britons who were on a family holiday to Florida learnt last night that he will spend the rest of his life behind bars after being found guilty of their murder.

Shawn Tyson was just 16 when he discovered James Cooper and James Kouzaris walking drunkenly through his neighbourhood, in the coastal city of Sarasota, late one night last April.

He pulled a gun on his victims and ordered them to remove their trousers and hand over their wallets. After it emerged that they were only carrying a small amount of money, he shot them both, saying: "since you ain't got no money, I have something for your ass!"

The shirtless bodies of Cooper, 25, and Kouzaris, 24, from Warwickshire and Northampton respectively, were discovered with their wallets and mobile phones on the ground next to them. Tyson was arrested soon afterwards.

Witnesses had seen him climbing through the window of his nearby home shortly after the shots were fired. A former friend of Tyson who testified for the prosecution said that the killer heard one of his victims plead for mercy, but decided to shoot him anyway.

Tyson, who despite his age was tried as an adult, was expressionless as the verdict was read out. He was told that he will never be eligible for parole. 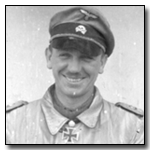